Share a memory
Obituary & Services
Tribute Wall
Read more about the life story of Garth and share your memory.

It is with deep sorrow and much love that we mourn the passing of Garth Harold Simpson, beloved husband of Marlette Lucas-Simpson of Dunmore, Alberta.  Garth passed peacefully surrounded by family on January 16, 2023 at St. Joseph’s Home in Medicine Hat, Alberta following a lengthy battle with leukemia.
He was born on March 28, 1941 in Swift Current, Saskatchewan and resided in the Prince of Wales District, Webb, Saskatchewan until the age of six, then on a farm near Shaunavon, Saskatchewan until 2012. Garth received his primary and secondary education in Shaunavon and then attended the School of Agriculture, 1960 and 1961, University of Saskatchewan, Saskatoon, Saskatchewan. He excelled very high in his classes which was reflected in the quality of the products he produced throughout his farming years - dairy products, purebred Gelbvieh cattle, grain products and grain seed cleaning.

He enjoyed curling and being a member of the Irvine Lions Club. He was a jack of all trades and a “Master of them all” which included carpentry, plumbing, electrical, welding, and mechanical work.  House renovations revealed his skill at painting and wallpapering and fixing anything that was broken. After retiring and moving to Dunmore, Alberta his passion became antique tractor restoration where he worked tirelessly bringing many back to life again.  A whirlwind romance occurred on January 21, 1984 when he met Marlette, became engaged on Thanksgiving weekend, and married on December 1.

Garth was a special and caring person who easily made many friends, was so generous with his time and would help anyone in need. He was very quick witted and had a great sense of humour and was never without a joke to tell. We loved him and he will be missed by all who knew him.
Family and friends are invited to pay their respects between 2:00 pm and 4:00 pm, on Friday, January 20, 2023 at the Pattison Funeral Home.
Garth’s illness involved being the recipient of numerous blood and platelets transfusions over the past year. Please consider taking the time to donate to the Canadian Blood Services.  In lieu of flowers, donations in memory of Garth may be made to Halo Air Ambulance (#12 - Airport Drive SW, Medicine Hat, AB T1A 5G4), the Margery E. Yuill Cancer Centre (666 5th Street SW, Medicine Hat, Alberta T1A 4H6) , or St. Joseph’s Home(156 - 3 St. NE, Medicine Hat, T1A 5M1).

To send flowers to the family or plant a tree in memory of Garth Simpson, please visit our floral store. 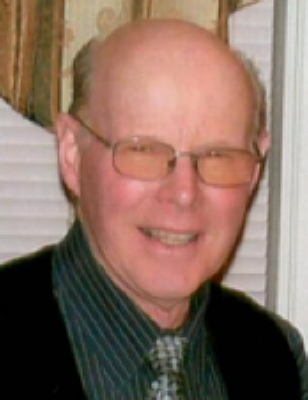 Look inside to read what others
have shared
Family and friends are coming together online to create a special keepsake. Every memory left on the online obituary will be automatically included in the book.

Family and friends are coming together online to create a special keepsake. Every memory left on the online obituary will be automatically included in the book.

You can still show your support by sending flowers directly to the family, or by planting a memorial tree in the memory of Garth Simpson
SHARE OBITUARY
© 2023 Pattison Funeral Home. All Rights Reserved. Funeral Home website by CFS & TA | Terms of Use | Privacy Policy | Accessibility