Share a memory
Obituary & Services
Tribute Wall
Read more about the life story of Manley and share your memory.

Manley Millard Knutson of Medicine Hat passed away on Sunday, November 13, 2022 at the age of 94 years, beloved husband of the late Lila Irene Knutson.  Manley was born in Iddesleigh, Alberta on January 2, 1928, son of Gustav and Inga Knutson and sibling to Alvin, Victor, Emily, Ruby, Gloria, Doris and Clara. Manley's dad died when he was ten and at fifteen he quit school to help look after the family.  He met Lila at a Christmas dance in 1948 and they were married on November 10, 1949.  Together they purchased land in the Iddesleigh area and started a family, Clarence, Clayton, Lorne, Elaine and Malcolm.  Hunting, fishing and travelling were the things he enjoyed the most.  He made friends wherever he went. Manley is survived by three children, Clayton (Lori) Knutson, Elaine (Wally) Nemeth and Malcolm Knutson; two daughters-in-law Louise and Cathy; grandchildren, Luke Dunn, Shawn Knutson, Tammy Knutson, Juanita Dunn, Jaime Feeney, Lorene Knutson, Clancy Knutson, Ashley Knutson and Teigan Knutson; two sisters, Emily Riste and Clara Olson as well as numerous great grandchildren.   He was predeceased by his parents Gustav and Inga Knutson; his wife Lila Knutson; two children, Clarence Alvin and Lorne Preston; his siblings, Alvin Knutson, Victor Knutson, Ruby Munger, Gloria Olson, Doris Munger. A service will be arranged for spring of 2023 at which time Manley's ashes will be scattered on Lila's grave in the Rainy Hills Cemetery at Iddesleigh.

To send flowers to the family or plant a tree in memory of Manley Knutson, please visit our floral store. 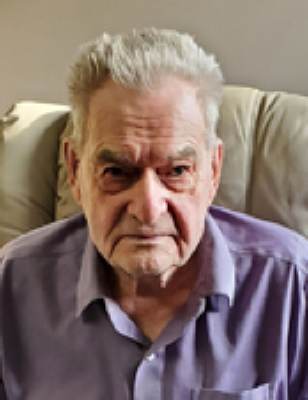 
Family and friends are coming together online to create a special keepsake. Every memory left on the online obituary will be automatically included in the book.

You can still show your support by sending flowers directly to the family, or by planting a memorial tree in the memory of Manley Knutson
SHARE OBITUARY
© 2022 Pattison Funeral Home. All Rights Reserved. Funeral Home website by CFS & TA | Terms of Use | Privacy Policy | Accessibility