Share a memory
Obituary & Services
Tribute Wall
Read more about the life story of Stuart and share your memory.

Stuart Melville Smith passed away peacefully on January 18,  2023, at the age of 82 years, with his family by his side at St. Joseph’s Carmel Hospice, Medicine Hat.  He is survived by his wife Donna Jean (nee Deacon), and his two children Andrew (Drew) Smith (Meagan Enticknap, Ellie, Finn and Olwen) and Pamela Hossack (John Hossack, Molly and Bennett), his sister-in-law Jane Smith of Brampton, Ontario, and brother-in-law Cal Deacon (Tracy) of Vancouver, and many nieces and nephews.  Stuart was predeceased by his father John Melville Smith, his mother Alice May Smith (nee Bell), his brother David of Brampton, Ontario, and his sister Jocelyn Knowles (Colin) of Calgary.  Stuart was born in Winnipeg and grew up in Vancouver where he met Donna, the love of his life, and a remarkable group of high school friends, with whom they spent numerous summers in Kelowna and visited as much as possible over the decades.  Married in 1963, the young couple were transferred to Alberta in 1968 for Stuart’s work with International Harvester, eventually opening a dealership in Medicine Hat in 1975 — Doram-Smith Services International Ltd.  A lifelong learner, at the age of 44 years, Stuart went back to school, taking a year of history at the Medicine Hat College.  While his family stayed in Medicine Hat, Stuart moved to Edmonton in 1986 to study at the University of Alberta and earned his law degree in 1990.  Back in Medicine Hat, Stuart practiced law alongside Greg Cote, and finished his career as Duty Council at the Medicine Hat Courthouse, work that he found particularly rewarding. For many years, Stuart was an active member of the Medicine Hat Rotary Club where he regularly volunteered at the annual Music Festival.  In his retirement, Stuart indulged his love of reading and listening to jazz music.  While volunteering at the Medicine Hat Archives, he was able to apply his interest in local history by helping to build a database of digitized land records. Above all, Stuart was a loving husband and father, who as a younger man found time to coach hockey and lead a Boy Scout Cub Pack, and in his later years he travelled around Canada and further afield to spend time with his children and grandchildren. For nearly 50 years, Stuart and Donna called Medicine Hat home, raising their two children among a wonderful group of friends, with whom Stuart regularly demonstrated his quick wit and sense of humour. In recent years, the warm and generous support of their neighbours was a great help in coping with Stuart’s declining health. Our family would like to thank Dr. Prince of Medicine Hat, Dr. Cheng at Calgary’s Tom Baker Cancer Clinic, and numerous other caring members of the Alberta Health Services in Lethbridge and Medicine Hat. In lieu of flowers, if friends so desire, our family would encourage gifts in Stuart’s memory to St. Joseph’s Carmel Hospice and the Medicine Hat Food Bank.

A Celebration of Life is being planned for March and further details will be shared closer to the date.

To send flowers to the family or plant a tree in memory of Stuart Smith, please visit our floral store. 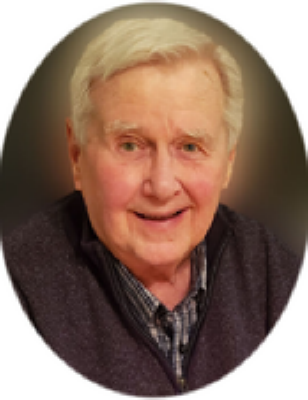 Look inside to read what others
have shared
Family and friends are coming together online to create a special keepsake. Every memory left on the online obituary will be automatically included in the book.

Family and friends are coming together online to create a special keepsake. Every memory left on the online obituary will be automatically included in the book.

You can still show your support by sending flowers directly to the family, or by planting a memorial tree in the memory of Stuart Smith
SHARE OBITUARY
© 2023 Pattison Funeral Home. All Rights Reserved. Funeral Home website by CFS & TA | Terms of Use | Privacy Policy | Accessibility